MAP flags are symbols, usually abstract, which represent minor attraction and mapness. They are most often created in the style of other pride flags[1]. When talking about a map flag, people most commonly refer to Stenna’s seven stripe flag. 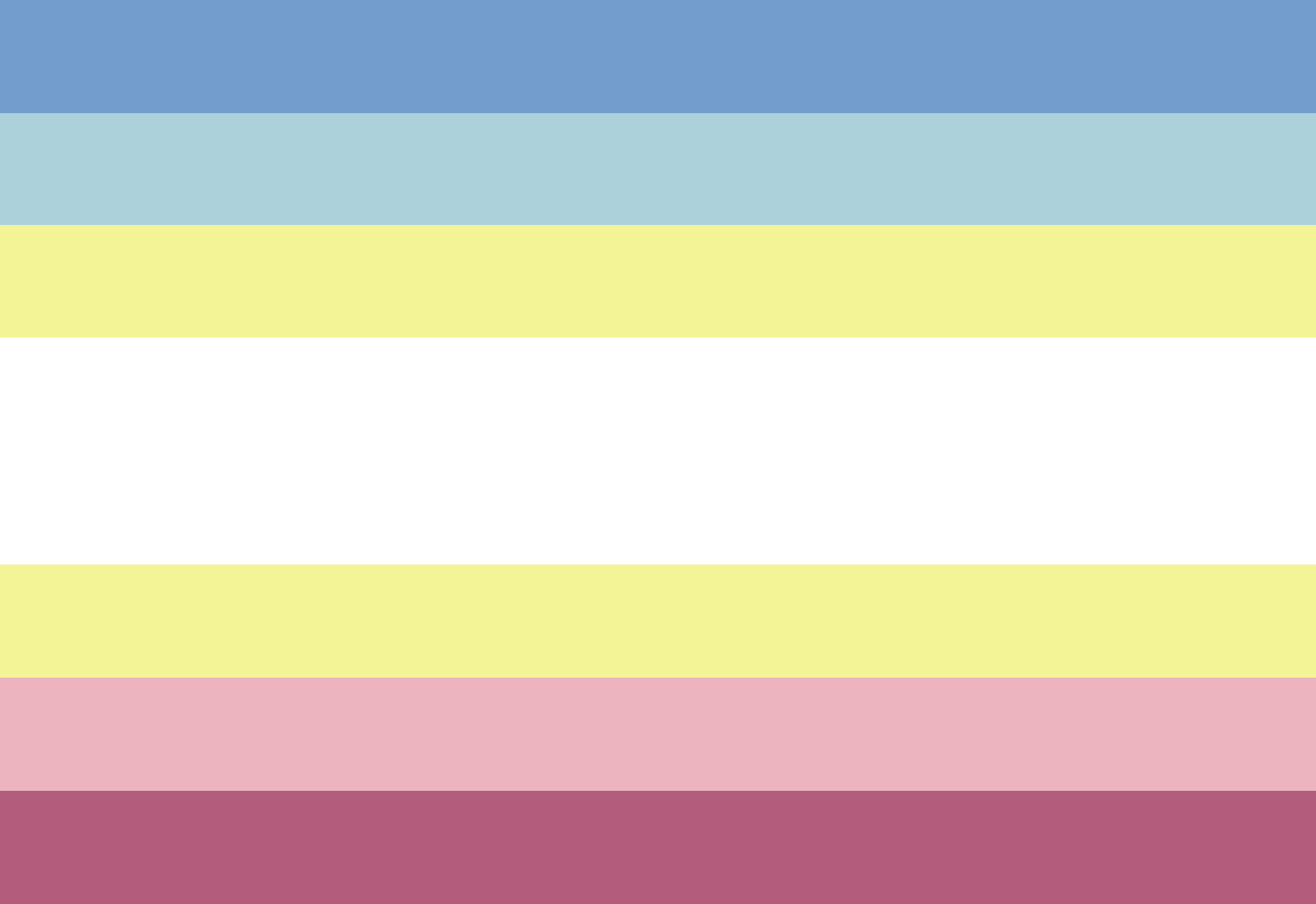 The flag appeared on Tumblr, June 13, 2018. It was posted on the blog dont-mistake-our-geography. The original text of the post went as follows[2]:


The flag initially went unnoticed by the MAP community, but antis found this post and harassed the owner of the blog to deactivation within the following couple of days. Their username was picked up by an anti, which eventually led some sources, such as Snopes[3] to claim that the flag was a hoax. Tumblr MAPs noticed this flag when Stenna was already deactivating, and picked it up largely out of a feeling of protest and desire to support a fellow community member. In a short while a large amount of edits and flag variations appeared.


Stenna themself, who was a nonbinary questioning MAP, did not disappear after deactivating their account. For a month or two afterwards, they co-moderated the blog cryptidsagainstantis. That blog was eventually suspended by Tumblr, and Stenna hasn’t openly appeared in the community since.

As the most popular flag, Stenna’s flag spawned a lot of variations. These include thematic flags such as ocean MAP flag, usually based off aesthetics or fandoms or overlapping identity flags typically featuring various queer identities such as the asexual MAP flag.

A separate mention should concern a "yesmap" flag edit, made on Newgon in 2021, presumably as an ironic correction.

Some people have attacked this flag for supposed support of laws and police, expressed by the "non-offending" part of "NOMAP", but on MAP Tumblr this word had a much more broad meaning, not tied to any particular legal system.

Like any other movement, MAPs periodically felt the need for a flag, and several versions have always coexisted.

This flag has emerged during a contest on an online forum Newgon[4]. It was just one of the multiple entries, and the contest has never gotten to the voting stage. In a Newgon Wiki article edit dating 2021 there was an attempt to claim this flag as a “predecessor” of Stenna’s flag, calling it the “initial concept” and referring to the 2018 flag as a “contrast version”[5]. Visual differences between the two flags, as well as lack of communication between largely pro-contact Newgon and largely anti-contact MAP Tumblr make this attempt look rather questionable.

Proposed by the blogger okimochi-philia in 2016[6] this flag is connected to the Japanese MAP-adjacent movement LGBTPZN and color-picked from logos of the manga Ichigo Mashimaro.

MAP and Ally Chevrons by Lecter

Created in December 2017, these symbols were meant to be used by MAPs and MAP allies. The MAP chevron fell out of use almost immediately, while the ally symbol had a short spike of popularity several months later.

These flags were created soon after Stenna’s in the second half of 2018 in response to a demand for an alternative. The initial concept belonged to Glimmer, while Kankri is responsible for the lime-colored redesign.

This flag was designed by Steve Diamond on the May 19, 2019. It was connected to the Kind/Kinder identity, a pun on the German word for “child” and the English adjective “kind”. It was meant to make a more “inclusive” alternative to Stenna’s flag, primarily used by anti-contact MAPs[7].

These flags were proposed in August of 2020 specifically for the anti-contact and non-offending part of the MAP community. They received some criticism for what seemed like erasure of LGBT MAPs.

The minor MAP flag was designed and proposed by Cinnamit and anonymous in 2020. The lambda symbol featured on it has a history of being used by minor MAPs.

A troll project, Heartprogress[8] that launched on 4Chan in 2016 used a flag with a double omega. This is not a real MAP flag and it is not connected to any MAP activism.